George: the ghost of the Manitoba Theatre Centre

"Sometimes, poltergeist activities seem more akin to the story of the resident ghost of a particular building. This is the case with "George," the ghost of the Manitoba Theatre Centre. George is supposed to be the spirit of the crippled son of a resident caretaker of the Dominion Theatre. It once occupied the spot where the Westin Hotel stands now, replacing the old MTC. George apparently had wanted to become an actor, but had died young. Since then, he is said to make his presence known by various methods, usually by mischievous pranks such as knocking books off the shelves of sets during rehearsal. He's even been heard "giggling" over his pranks. However, local historians have not been able to find any record of anyone matching George's description associated with the old MTC building.

In March 1967, an employee of the old MTC box office was checking some files when the caretaker ran into her office, insisting she accompany him into the theatre to see something fantastic. She went into the theatre and was surprised to see the reclining chairs moving back one by one, as if someone was flipping them as he walked down the rows. Another employee came during the spectacle, and verified that the seats were "jumping up and down"! They concluded that George was the culprit, and accepted the strange sight as another one of his tricks.

In the new MTC building, George seems to have settled right in. He has been deemed responsible for a calculating machine happily clicking away to an unseen hand. But, all things considered, George is always described as a friendly and helpful ghost. Once, an employee was asked to find two specific receipts out of a large pile of papers, a seemingly arduous task. Asking out loud for George's help, she was rewarded by a breeze which blew the papers into the air, and two sheets landed by themselves in a wastebasket. They were the two required receipts, and (need I say it), there was no noticeable way for the breeze to have entered the room. 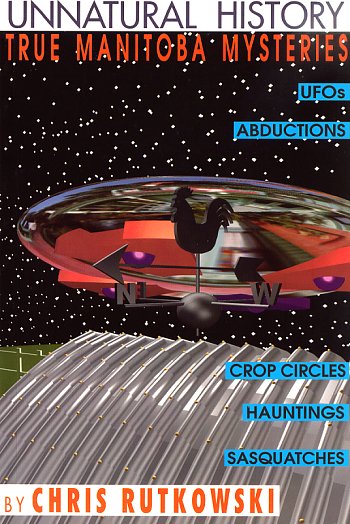