In early 2010 PSICAN received a report of the sighting of a monkey in the Pickering Beach area. Initially, we approached this as a cryptozoology investigation, as there was no precedent for the ghost of a monkey. The initial report is as follows:

My most recent sighting of this odd ghostly experience was December 22 2009 while walking my dog at the former cottage area of Pickering Beach, (now Ajax), Ontario. On a daily basis and sometimes twice a day, I take my Labrador Retriever for a walk along the lakefront of the old cottage town of Pickering Beach; this has been a routine of mine for several years now. On this average day I was just strolling about the Lakefront and on my way back I cut across Paradise Park, as I always do, to Ebony Street in order to make my way back up to Pickering Beach Road. On this day Rex my dog took a large and sudden leap and I veered to my right towards a large house and he started to bark quite out of the ordinary. I pulled Rex back and as I did I saw, as I have before, this strange long hairy tail (something like that of a cats but much longer) wrapped about the mid section of a tree on this property, then it just vanished. I continued to walk while Rex was barking away and looked again to the other side of the tree and there I saw the image of a monkey, a small round-headed little thing peering from the opposite side of the tree; this throwing a sheer shiver down my spine. It was seemingly chattering away directly at me but I couldn’t make out the exact sound other than a faint 'chtch, chtch, chtch' noise. This monkey sprang from the tree and ran across in front of Rex and I across the street towards the park into the ditch and back again to the property where it vanished towards the back of the house. This took a few short seconds, swift and agile as one would expect a monkey to be, the entire time this faint image looking right at us in a rather playful way however with it's teeth showing making it quite scary! As soon as I would see this monkey It would be gone, it vanishing to the back of this grey house and Rex calming down almost immediately. In describing this ghost monkey I would say that that without a doubt this is nothing that is real, no actual living animal as it's a faint image but enough that I can state for certain what it looks like and can identify it as a monkey. This has been an experience I have had 6 times before including my wife and one of her friends too. I have mentioned this odd sighting of course to the odd person but never wanted to go as far as place this in writing for fear that people think me insane. However my eyes and the eyes and experience of others have come in contact with this too - can we all be wrong in seeing this ghost monkey?

All local zoos were contacted and none were missing any monkeys, recently or for at least two years. It municipal area restricts ownership of monkeys, but since not everyone is law abiding, a search was done to see if they are in fact available for purchase. One seller was located in Sudbury. Primates are generally considered inappropriate as pets and it would be extremely unlikely that someone in the area had one that got loose. Additionally, the only likely monkey who could survive unsheltered in this climate would be the Snow Monkey, or Japanese Macaque. 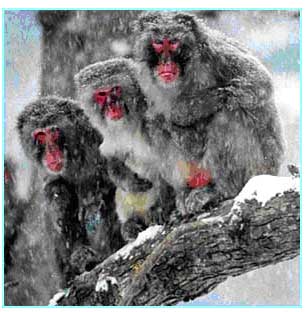 The only North American free range Snow Monkeys known are located in Texas. No monkeys have been reported missing among any local shelters or police departments. After further discussion with the witness, we began investigating this as an actual apparition of an animal.

A cursory visit to the site revealed it to be nearly beachfront. There is a large park between the actual beach of Lake Ontario and the homes in the area. 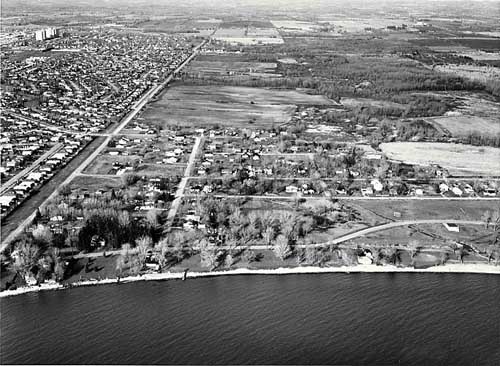 There are two paved roadways between homes and water. When we visited, the area was generally snow covered with many footprints—human, dog, cat, and what appeared to be squirrel. Nothing that looked like monkey tracks was apparent.

Pickering Beach was at one time a cottage area for upscale Toronto families. Established by lawyer James Tuckett in the 1920’s, it was a vacation site for the Corbets, Eatons, and Loblaws, among other prominent families. The cottages have largely been replaced by large homes and the area is now part of the Town of Ajax. Prior to becoming the beach resort, the area was cow pasture with a few trees and a small apple orchard.

During witness visits to the park, we located a memorial bench placed by the Corbet family. At the witness suggestion, we contacted Christian Corbet, family patriarch and renowned artist, with questions regarding his experience at Pickering Beach and his relationship that led to placing the bench. The Corbet family built the first permanent home at Pickering Beach in 1950 (demolished 2005). Mr. Corbet was extremely helpful. He was born at Pickering Beach (the only known baby to have been born there) and raised by his paternal grandparents. His Grandmother Alice Charlotte (Gould) Corbet had cared for the monkey during the latter years of its life and Christian knew the monkey well.

Mr. Corbet’s Great Grandmother Priscilla Foden Gould (1891-1977) was was regarded as having psychic abilities and could see auras. She also was a believer in reincarnation. Not all of the family was supportive of this thinking, but to have the element in the family heritage may be relevant. The monkey Chico was purchased at the Toronto SPCA on Christmas Eve in December 1933 as a companion animal to a cat. Alice Gould wanted this ginger coloured cat for Christmas and Chico was offered as a bonus as it was a companion to the cat and came from the estate of a deceased Toronto resident. The monkey became a became a gift for Alice’s brother Alfred Ernest Gould (1924-2001). Priscilla Gould continued to care for the monkey, named Chico, after her son Alf went to fight overseas with the RAF in World War II and the monkey remained in her possession until the monkey’s death. 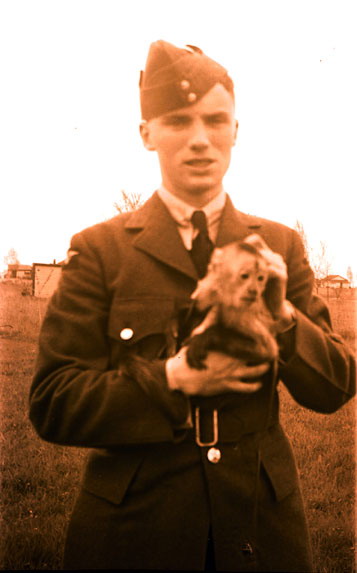 Alice and her brother Alfred were twins born to Priscilla and Fredrick James Gould in March 1924.  Alice died 17th January 2004 at Ajax, Ontario.

Chico was a wonderful pet until about 1943.  He was often dressed in clothing and would play poker and other card games and chatter pleasantly, he was a part of the family.  After he bit Alice’s hand in the 1940’s, his temperament changed and he became rather mean and unpleasant.  By the 1960’s he required regular caging and was on a chain when outside.  He also had a fondness for eating onions and patting the family cat when it lay next to its cage.  Chico regularly escaped and would run across the road toward the local school often chasing people he was not fond of! 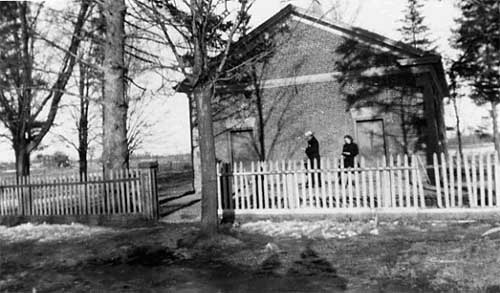 Chico died January 1971 and is is buried near where the family cottage was situated in Pickering Beach. Current Pickering Beach area construction has not disturbed the gravesite and it is believed that Chico is still resting undisturbed. Grandfather Corbet (Alfred John Corbet. II 1922-1989) built a true coffin and Chico rests with a pillow and a blanket after a family funeral.

Most investigators and enthusiasts believe in the DPH (Dead Person Hypothesis, a phrase coined by Dr. Eric Ouelett, PhD) which is the idea that apparitions, poltergeists, etc. are the result of human beings who have died and whose “spirit” or “energy” remains. Could this be true for animals as well? If so, is it all animals or just those closely related to humans, like this monkey would be? If investigated like general ghost reports (i.e., using DPH) then the actions, location, and history would support the idea of a “ghost monkey”; Chico being an extraordinary animal with close paranormal ties and a turbulent life who returns to his favourite places.

Many thanks go to our original witness and to Mr. Christian Corbet for the wonderful support for this investigation. If you have seen Chico please send your report to PSICAN via the reports page or admin@psican.org