Canadian historian Christopher Laursen takes a brief look at the strange phenomenon of döppelgangers. Although often portrayed in films and stories as flesh and blood doubles, döppelgangers actually have more psychical roots.

I’ll have a double double

Have you ever wondered if, somewhere in the world, there was another you doing virtually the same things that you do in your life? They look the same, act similarly, and most aspects of their life parallel yours. The closest most of us ever get to realizing this is hearing someone say “Oh you look like so and so…” with the occasional “Wow, you even act like them!” added in for uncanny measure. This has happened to me with strangers a few times, but most distinctly, I have often taken maternal relatives aback apparently with how much I look like and even have the mannerisms of my late great uncle.

In 1991, Polish filmmaker Krzysztof Kieslowski had a hit at Cannes in a movie about that very subject, The Double Life of Véronique (now available as a Criterion DVD). This dramatic feature captures slice of time where a Polish singer named Weronika launches her career and a French music teacher named Véronique falls in love with an author. One day, walking back from her audition, Weronika ends up in the middle of Poland’s political turmoil of the time; there is a protest in a main square. She spots tourists snapping pictures before rushing back onto their bus. Among them is a woman who looks exactly like Weronika. Weronika freezes in the square, mesmerized and stunned by her double taking photos of the protest as the bus departs. Through the film, we learn of how Véronique’s life closely parallels Weronika’s, yet they have never met and have no earthly links. There is a mysterious connection between the two women, something that leaves Véronique unsettled all the way to the eventual moment in which she finds Weronika’s image captured on a contact sheet of photos from her trip to Central Europe.

The Double Life of Véronique is subtly supernatural, never explaining what this connection could be but certainly delving deeply into the psychology of it. This phenomenon of doubles, döppelgangers (German), fetches (Victorian-era term) or vardøgr (Norwegian) has a long history, and has inspired many stories, books and movies with more literal interpretations of döppelgangers being actual flesh and blood copies of ourselves, especially evil twins suggestive of our dark side. Despite the imaginative approach we encounter in fiction, döppelgangers actually have more ghostly roots, thoroughly discussed in popular accounts throughout history. 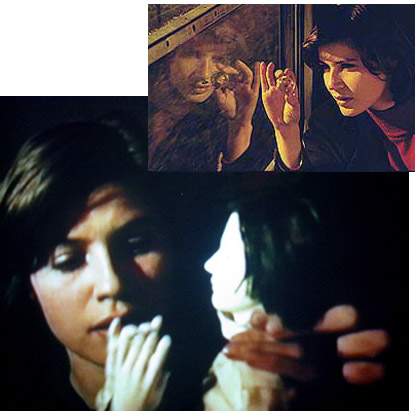 In Catholicism, several saints were said to be able to project an apparition of themselves to other places, a mysterious talent known as bilocation. The most famous of these was the seventeenth-century Franciscan nun Sister Maria Coronel de Ágreda who, although physically based in a Spanish convent, apparently had appeared over 500 times in the New World over an eleven year period. In what is now New Mexico, a missionary Father Alonso de Benavides was surprised to discover a Christian cult among the aboriginal people who claimed that a “lady in blue” taught them about Christianity. It is said that these people even had in their possession a chalice for Mass. Returning to Spain, the missionary learned of the Sister Maria’s ability to bilocate and levitate. Intrigued, he visited her in person at her convent. Interviewing her, he found that Sister Maria was able to identify the native names of people and places related to the Christian cult he had encountered. He also is said to have traced the origin of the chalice the tribe had to the Sister’s convent.

Famous writers apparently have also had encounters with doubles. In the 1770s, Johann Wolfgang von Goethe was walking home one evening with his friend Kurth when he saw another friend of his, Frederick, standing in the rain wearing a dressing gown, nightcap and bedroom slippers. Goethe was stunned seeing his friend there, but Kurth saw nothing, so Goethe dismissed it as a vision. However, upon returning home, who was standing in Goethe’s home but Frederick himself wearing Goethe’s nightclothes. Frederick had arrived unexpectedly and was soaked from the rain, so he changed into the nightclothes and fell asleep by the fire, where he dreamed he went out and met Goethe. 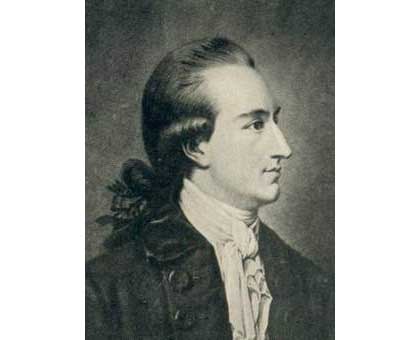 Guy de Maupassant claims to have had an even more unsettling experience in 1885 when suffering from writer’s block. He reported that while struggling with his latest story, someone entered his study, sat down opposite of him and started dictating the words of Maupassant’s story. He looked up and saw that his exact double was sitting across from him. Astonished, Maupassant suddenly was inspired to finish the story, which became the famous tale “The Horla” about a man possessed by a spirit.
In his Encyclopedia of Occultism, Lewis Spence describes this kind of fetch, seeing one’s own double, as being an omen of death. There are many examples in history of well known people who saw their döppelgangers prior to their death, including Elizabeth I, Catherine the Great, Abraham Lincoln and English poet Percy Bysshe Shelley. Even Sigmund Freud was so convinced of this theory that after seeing a man who looked very much like him, but he ended living another 34 years. When it has proven accurate, however, this phenomenon seems related to crisis apparitions reported when a loved one is nearing or at their point of death.

The British Society for Psychical Research’s groundbreaking 1886 book Phantasms of the Living gave great detail to this type of phenomenon, and revealed many fascinating details, such as how some of them have been veridical apparitions, meaning they offer information to their real self that the real self does not know yet. I read of one such case from 1944 in which a Dutch repairman was trying to repair an adding machine, to no avail. One night, he awoke to find himself working on the adding machine in his bedroom. He watched carefully, and ended up repeating what his fetch had done in the night, successfully fixing the machine. Could this merely have been a dream in which he resolved a mental puzzle, or did his döppelganger do the work for him?

At times, people have apparently been able to “will” others to appear to them, as was related by the SPR’s famed investigator Eleanor Sidgwick in the case of a boy named J. P. Challacombe. He was staying at a boarding school in 1898 when, one sleepless night while he was thinking of how much he missed home, he heard someone coming up the stairs. His mother unexpectedly appeared in his room, wearing an unfamiliar dress with a gold chain hanging on it and creaky shoes. She bent down to kiss him before disappearing into thin air. It was later found out that at that moment, his mother had returned home from a walk, wearing new clothes her son had never seen and creaky shoes which she hadn’t worn in a long time. Uncharacteristically, she was wearing a gold chain outside of her dress.
There are an exhaustive amount of reports regarding these “phantasms of the living.” The mere fact that there are so many reports of döppelgangers may shed light onto other ghostly phenomenon.

Often, people assume that apparitions they witness of people unknown to them are people who have died. Is that always or even most often the case? Or could, perhaps, a number of these reports of unidentified apparitions be of people who are alive and well, likely unaware that their image has been projected elsewhere? I suppose it depends on the circumstances. Often, döppelgangers are quite spontaneous, and only occur once. It is rare to hear solid cases of them being seen any more than that, although the tale of Emilie Sagée (see Further Reading below) allegedly had multiple witnesses and occurrences is certainly fascinating though difficult to verify.

Have you ever had an encounter with a döppelganger?

The story of Emilie Sagée, which is difficult to substantiate but fascinating nonetheless:
http://www.mysteries.pwp.blueyonder.co.uk/1,1.htm