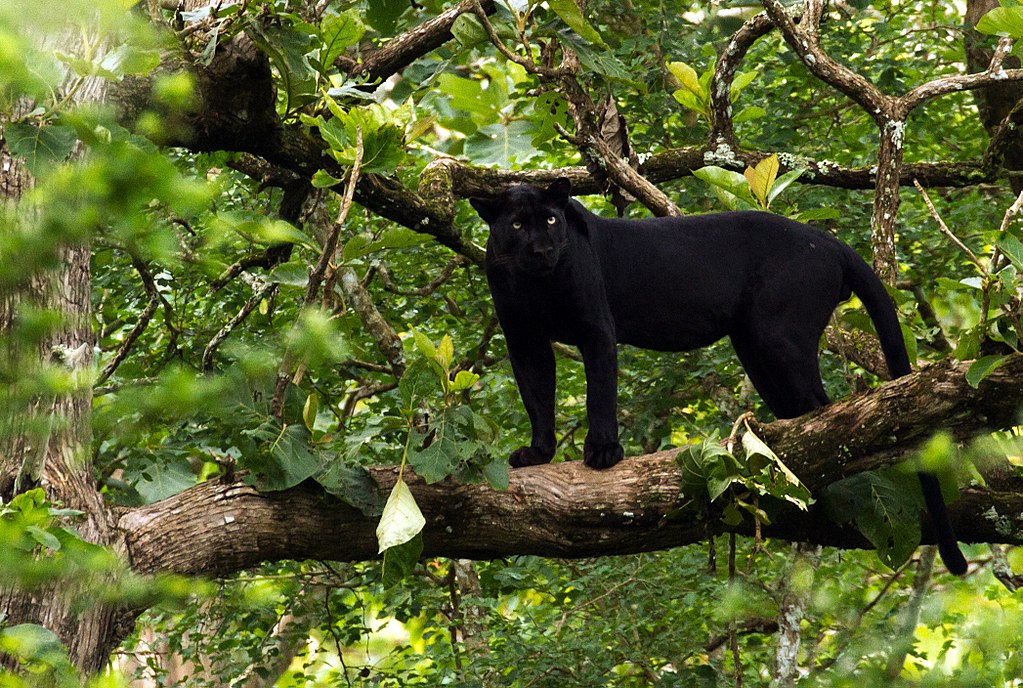 On Oct. 1, a local radio station reported that "Springdale RCMP have notified provincial wildlife officials after a number of reports in the last two to three weeks about a large black cat or black panther-like animal with a long tail in the woods in the Springdale/Green Bay area."

According to the radio report, the RCMP in Springdale had a couple people claim to have seen the black panther, and so the RCMP advised residents to keep their eyes open for anything suspicious.

The ABC in this case stands for "Alien Big Cat," a phrase used by folklorists and collectors of strange phenomena. The "alien" part of the ABC phrase has nothing to do with little green men, but merely refers to the cat being alien, or foreign, to that region.

A day later, a nighttime caller to the same station's phone-in program announced that ABCs are not a new visitor to our shores.

The caller stated that he had seen a large black cat around 2002 near Roddickton on the province's Northern Peninsula. The caller said "it played with a fox like a house cat would play with a mouse."

There are native big cats in Newfoundland, such as the Canada Lynx (Lynx canadensis). According to the website for the Salmonier Nature Park (www.env.gov.nl.ca/snp) lynx are found "in the boreal forest across Canada from Newfoundland to the Yukon Territory. Lynx are usually found in areas that are occupied by snowshoe hare."

Black panthers, which look very different from the lynx, are not really your typical Newfoundland animal.

On the other hand, mystery black panthers of various sorts are a worldwide phenomenon, but they gain the most attention in Britain, home of the British Big Cat Society (BBCS).

The aim of the society, according to the britishbigcats.org website, is to "scientifically identify, quantify, catalogue and protect the Big Cats that freely roam the British countryside." The site features a map and a section where the eagle-eyed can report sightings of these out-of-place animals.

Between April 2004 and July 2005 alone, the BBCS collected reports of 2,123 sightings of big cats, ranging from leopards to pumas and caracals, a type of desert lynx found in both Asia and Africa.

On April 5, 2008, a UK paper, the Shropshire Star, included a report on a local black cat sighting. The report stated: "A Shropshire gamekeeper believes he may have found evidence of a 'big cat' on the prowl after spotting a trail of huge paw prints in a muddy field.

Big cat expert Mark Fraser, however, was dubious about the find. According to the Shropshire Star, Frasier said "it was more likely to have been a Great Dane or Newfoundland as cats retracted their claws while walking."

So, there you have it. Some of the British mystery cats may, in fact, be Newfoundland dogs. One would think, however, that a Newfoundlander would recognize a Newfoundland dog if they saw one. Who knows? Residents of Springdale may have to brush up on their ABCs, or invest in some very large scratching posts.

If you've seen a lion in Lewisporte, a caracal in Corner Brook, or an ABC anywhere in Newfoundland, e-mail Dale Jarvis at info@hauntedhike.com.