Mr Ray St. Louis Jr., of North Bay, ON contacted PSICAN's Senior Cryptozoologist to report that he had located a strange carcass of an unidentifiable animal on a beach on Manitoulin Island, ON. PSICAN then assigned this investigation to the author of this article (Dana Currie) and the lead investigator for lake monster sightings for PSICAN. 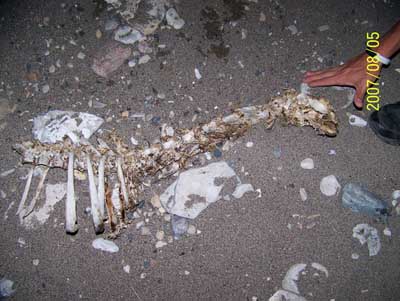