Historian Christopher Laursen lauds the research done in the case of a 15-year-old Hungarian girl who was mysteriously possessed or transformed into a Spanish washerwoman who had died in Madrid in 1933.

The beautifully strange mystery of Iris and Lucía
by Christopher Laursen

What happened to Iris Farczády? The 15-year-old Hungarian girl was an excellent though shy student with a penchant for math and languages, fluent in German and French in addition to her mother tongue. At home, the teenager would partake in family séances with her mother - maybe a little something extraordinary in an otherwise typical upper middle class upbringing. British psychical researcher Mary Rose Barrington wrote that "her attendance at school became erratic, owing to her participation in family Spiritualist circles, an activity encouraged by her mother and also, possibly, by a prediction made a year earlier that she would undergo 'a great psychic miracle.'" Practising trance mediumship, Iris would channel many different personas, even beings she claimed to be from other planets. Some of them were difficult to dislodge, one of them remaining in Iris for a full week; virtually all of them mentally exhausted her for long periods after séances. "Then one day in 1933, a Spanish-speaking entity barged in and took over Iris's body," Guy Lyon Playfair wrote in this month's Fortean Times, "showing every sign of intending to stay in it." 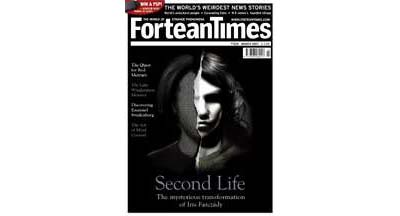 Iris Farczády had transformed in an instant into Lucía Altarez de Salvio, a washerwoman from Madrid who had died at the age of 41 three months prior to possessing the teenaged girl's body, leaving behind in her past life fourteen children and passionate Communist ideals. All traces of Iris had vanished. The new Iris - Lucía - no longer had knowledge of Hungarian or German, but spoke amazingly fluent Spanish. She did not return to school, became preoccupied with household duties (especially cooking and washing) and later had a career as a Spanish-style dancer and Spanish language tutor. Lucía had to relearn German and ended up marrying a German-Hungarian man when she was 21, bringing up three children of her own (all of whom were resistant to people studying their mother). After the Second World War, she studied to become an electrical engineer.

Playfair's article is largely drawn on the research Mary Rose Barrington, Peter Mulacz (an Austrian psychology lecturer) and Titus Rivas (a member of the Dutch Society for Psychical Research who fluently spoke Spanish) did when were brought together and ended up meeting Lucía/Iris in her Hungarian village not far from Budapest in 1998.

Even after thorough investigation, psychologists, linguists and psychical researchers were still unable to explain what happened to Iris Farczády in the 65 years since her transformation. Moreso, they have never been able to accuse Iris of consciously assuming a new personality. Despite inconsistent details she gave of her past Spanish life every bit as unusual as the case itself and the failure to turn up information that corroborated her claims, evidence demonstrated that Lucía indeed was a poor washerwoman from Spain who had inadvertently taken possession of Iris's body three months after death. Her knowledge of little known Spanish terms, recollections of her past life and the stark transformation in every respect of her personality appear to be astonishing proof in favour of Lucía's story. It seems that the knowledge Lucía possessed of life in Madrid, politics, religious life, Spanish saints and obscure linguistic details that most non-native speakers would not know were beyond anything a 15-year-old - or anyone, it would seem - could ever invent.

The things she did not know so well seemed quite human, especially when asked about things long ago. "Pressed about locations, she said she had no more idea about the layout of Budapest streets and statues than she had now or ever had of those in Madrid," Barrington, Mulacz and Rivas reported in the Journal of the Society for Psychical Research. "It was clear that she was not trying to impress us with her memories of her claimed previous life, and one could get the impression that she was bored with the whole subject of Lucía Altarez de Salvio and her life in Madrid." 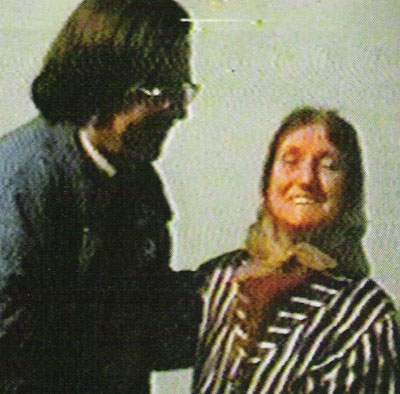 The three researchers theorized: "The case of Iris Farczády might be seen as an extreme member of a wide class of phenomena that fall under the general heading 'change of personality.' In trance mediumship the ostensible replacement of the medium's identity by that of a 'communicator' claiming to be have survived death is very familiar, but the (apparent) total replacement of the host personality by a persistent 'guest' for the remainder of the original person's life, which appears to have occurred in the case presented here, may be unique." Ian Stevenson, a well-known American academic researcher of past life phenomena, had documented a similar case in India in which a woman had a near death experience, and returned as a different persona, a woman named Shiva from a village 60 miles away, a strange event which appears verifiable. Such permanent identity changes are extremely rare anomalies. Those who have them claim to have died and been reborn. We don't know for certain.

Playfair wrote that early attempts were made to get Iris back through hypnosis, to no avail. "In trance, the original Iris re-emerged complaining indignantly about the woman who had taken her over, but apparently becoming resigned to the fact that the invader was not going to go away," he wrote.

Lucía could not recall details of Iris's life. "She remembered floating happily in space, rather like a small boat on water, in a state of contentment, and then suddenly there she was in the body of this attractive young girl, a virgin again, as she put it, after having given birth to 14 children; and when she looked down she saw lovely young hands, not the worn-out hands of a 41-year-old washerwoman," wrote Barrington, Mulacz and Rivas.

In Fortean Times, Playfair invites the readers to come up with clues that may help verify Lucía's identity since no records of her life in Madrid can be found. During the psychical researchers' visit in 1998, Lucía obliged them with a song no one has been able to recognize, with lyrics like:

"Rivas did not recognize the song," Playfair wrote, "and would be glad to hear from anybody who does. If it is a genuine Spanish song form the 1930s or earlier, it will be an important piece of evidence."

What happened to Iris Farczády remains an enigma, as do the facts presented by her "replacement" persona, Lucía Altarez de Salvio. Researchers tried hard, but could not find evidence of Lucía's past life. If her story were true, and she were a woman with strong Communist ideals, it would be hard to say if her family could have survived the brutal Spanish Civil War and its fascist aftermath. They may have even escaped Spain, where the search for Lucía's family was limited.

No doubt this is one of the most amazing mysteries, among the strangest ever documented.

"The Case of Iris Farczády - A Stolen Life" by Mary Rose Barrington, Peter Mulacz and Titus Rivas in the Journal of the Society for Psychical Research, April 2005, pp. 49-77.