Canadian historian Christopher Laursen looks at a Dutch explorer who encountered poltergeist phenomenon on the island of Sumatra in what is now Indonesia in 1903.

Late one night in September 1903, W. G. Grotten-dieck awoke to the sound of something falling on the floor near his head. "They were black stones from an eighth to three-quarters of an inch long. I got out of the [mosquito] curtain and turned up the kerosene lamp that was standing on the floor at the foot of my bed. I saw then that the stones were falling through the roof in a parabolic line. They fell on the floor close to my head-pillow," he reported to the British Society of Psychical Research some years later.

The Dutch explorer had been travelling extensively through the jungles of Sumatra (in the Dutch East Indies, now Indonesia) with 50 Javanese coolies searching for oil. Upon his return, he wrote, "I found my home had been occupied by somebody else and I had to put up my bed in another house that was not yet ready, and had just been erected from wooden poles and... kadjang," a type of dry, broad leaf measuring two by three feet in size and commonly used as roofing on Sumatran homes at the time. The leaves, he explained, were arranged overlapping each other and could stop anything from penetrating through, most importantly rains. Imagine his surprise to wake up just past one to find the small black rocks falling onto the floor near his pillow. 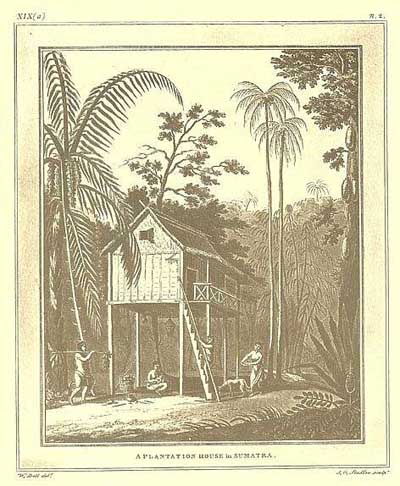 He woke up a Malay-Pelembang boy, one of his servants sleeping in the next room, and asked him to check for the source of the falling stones that continued to fall mysterious from the ceiling. Mr. Grotten-dieck remained in the room where he had set up his bed as the boy checked the surrounding jungle and kitchen, finding nothing. "I knelt down near [the head of my bed] and tried to catch the stones while they were falling through the air towards me, but I could never catch them," the explorer wrote in a letter to the British SPR, published in their Journal in May 1906. "It seemed to me that they changed their direction in the air as soon as I tried to get hold of them. I could not catch any of them before they fell on the floor."

Mr. Grotten-dieck inspected the kadjang roof closely where the stones were flying. "They came right through the kadjang, but there were not holes in the kadjang," he wrote, explaining in further correspondence that nothing could penetrate the kadjang leaves without making a hole. "When I tried to catch them at the very spot of coming out, I also failed," he added.

In true explorer style, Mr. Grotten-dieck wasn't one to mess around. If someone was playing a practical joke on him, he was going to make sure they got the message that he was not impressed. "I took my Mauser rifle and fired five sharp cartridges into the jungle" from the window of the boy's room. "But the stones, far from stopping, fell even more abundantly after my shots than before." 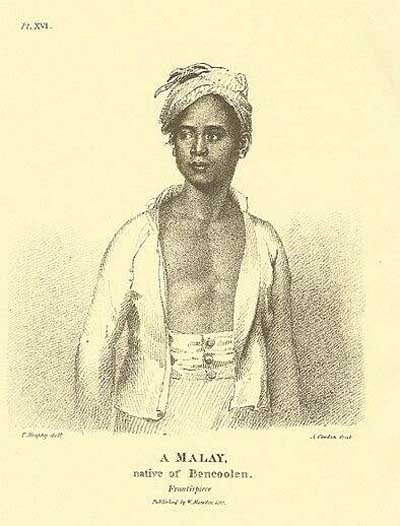 The boy was terrified. He blamed Satan for the falling rocks and ran off into the jungle, never to be seen by Mr. Grotten-dieck again. The Dutchman picked up the stones and was intrigued to find that they were warmer than usual. The warmth of the object would later become a trademark of poltergeist cases. In such cases, when objects are flung about rooms by unseen hands, often at angles, speeds and in trajectories that defy the known laws of physics, they are found to be quite warm to the touch. Additionally, Mr. Grotten-dieck reported that the stones seemed to be falling slower than they should, another interesting trademark of such cases. "The sound they made in falling down on the floor was also abnormal," the explorer wrote, "because considering their slow motion the bang was much too loud." Yet another hallmark of the poltergeist phenomena.

Mr. Grotten-dieck shared a far bit of correspondence with the SPR in 1906 to thoroughly examine the case to determine if it may have had any other causes, which is quiet interesting considering it had happened three years prior and could not be investigated beyond the witness's testimony. Throughout this scrutiny, Mr. Grotten-dieck remained adamant that there was no trickery or natural explanation for the fall of stones inside of the Sumantran house. Could the Malay boy have been connected to this at all, as many poltergeist events seem to have a human agent at the center of it? That we will never know.

This strange type of materialization has been repeated in many different cases around the world where stones and other objects have mysteriously appeared out of nowhere, quite literally falling from the ceiling as if they were transported from another dimension.
In the Scole Experiment of the 1990s, objects "apported" themselves (or mysteriously appeared) in a controlled environment (a closed off cellar) from nowhere, often landing with a significant thud. These objects included a crystal cluster, coins, dated newspapers from 50 years previous in authentically new condition, jewellery, ashes, water, spoons and so on.

Is there a connection between objects that randomly appear from nowhere, apparently through solid surfaces or from mid-air inside buildings in poltergeist cases, such as Mr. Grotten-dieck's experience, and controlled experiments such as those led by the Scole Experimental Group? Is it merely psychokinesis brought on subconsciously by someone? Or are these objects being materialized by means beyond our current comprehension? Whatever the case, Mr. Grotten-dieck's experience remains one of the many fascinating reports of this type.

"A Plantation House in Sumatra" by W. Bell and J.G. Stadler and "A Malay Boy, Native of Bencoolen" by T. Heaphy and A. Cardon from The History of Sumatra written and published by William Marsden, 1811. Although not connected to this particular case, they are interesting prints depicting Sumatran housing and a Malay boy in early nineteenth century clothes.

William Roll. The Poltergeist. With a foreword by J.B. Rhine. Re-released by Paraview Books, 2004.