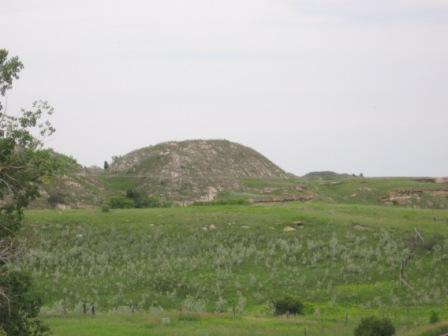 Located near Bienfait and Estevan, Saskatchewan. Here lie many abandoned coal mines and the hills are really neat because they are very old. I was headed down that way for a wedding and I asked directions from the hotel staff and they said "are you going to the voodoo hills?" They said not to talk about it in front of my kids and that was where the Rugeroos live. I said the ruga who? They talked about the hills and how everyone hears voices at night and there are hundreds of year old rocks written on by natives from the past. How there were many murders up there and how there were symbols on the rocks. 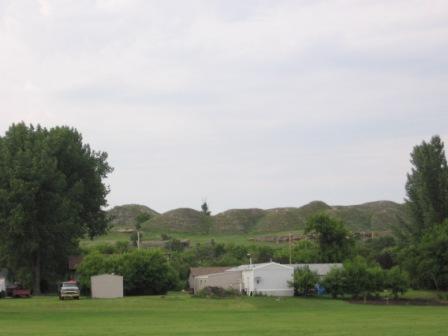 When I traveled up there the rocks and hills were beautiful. Its like a little valley in the middle of nowhere. I asked some locals about the story and they told me that at night you can see red eyes in the hills and these were the apparent Rugeroos which were old native American spirits who can transform themselves into animals and mainly coyotes. They are known to be very mean and growl at outsiders and will cause harm. Some people who live right by the rocks and hills say they can hear spirits talking and singing and occasionally see them dancing. The talking is a nightly occurrence.

I heard and saw nothing however, I was there for a wedding and unfortunately I did not have the time to walk through the hills.