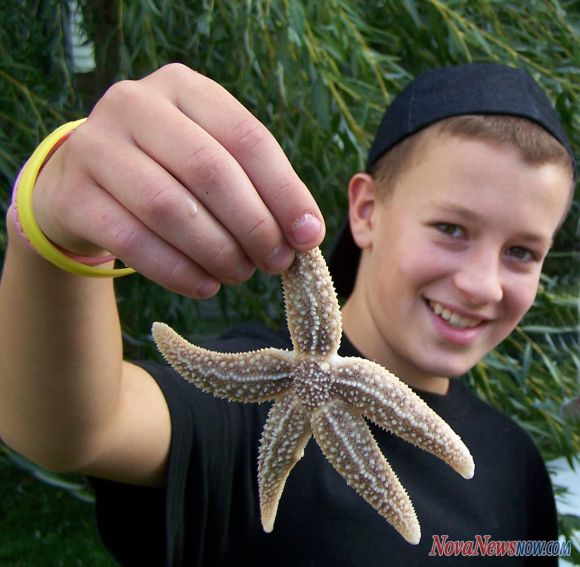 Is it possible that the multitude of starfish turning up last week in Bridgetown Nova Scotia were in fact part of a bizarre event that Charles Fort first wrote about where small animals, and fish are seemingly dumped from the sky sometimes hundreds of even thousands of miles away from their natural environment?
Residents started finding these creatures literally all over town Monday, September 15th 2008.  They were found on steps, lawns, driveways, porches, sidewalks, and even people's cars. Reportedly the starfish were fresh from the ocean.
While this maybe someone's idea of a prank it would not be the first time creatures have fallen from the sky.
Original Source, and image credit: Nova News
For further online reading: Raining Animals