2012 And The Ancient Mayan Calendar

December 21st, 2012 is just over five years away. Are you ready? Are you prepared for the end of the world as we know it? That might depend on if you believe in the prophecies that supposedly come with the end of the 5,200-year-old Mayan long count calendar. A new long count calendar begins the next day, but the time period before and after the day of turnover is said to come with powerful force. A force that could change the world as we know it.

The Mayan view of time is cyclical. Time ends and begins anew inside of several concurrent calendars all the same time. These endings and new beginnings are often described as periods of earth shattering events. For example, Guatemalan Mayan elder Chan K’in Viejo prophesied in 1978: “Our Lord Hachakyum will make everything die because of the cold. The grass wishes to die. The seed, the animals all wish to die. And the True People also – we all die. In thirty years Hachakyum will destroy the world.”

Words of this nature evoke powerful images, especially in our age when global warming and rapid environmental change dominates headlines. There is a growing movement of people, not unlike those who felt the new millennium would be “the end of the world as we know it,” who believe that the pre-Columbian Maya accurately prophesied massive change in 2012, change that comes with global destruction and the birth of a new era in humanity. You will find their books at mainstream bookstores and documentaries about 2012 on television. 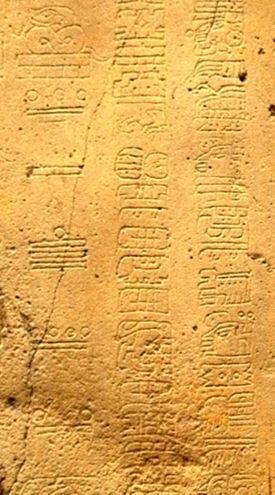 Marina Pinto, who holds a doctorate in Latin American and Spanish history and archeology from Tulane University in New Orleans, told us, “I took a course on Mayan codices and we knew about 2012 simply because we had to study the Mayan calendar and the end of the long- count happens to occur on that date. And that is it. That is all we really heard about in connection to 2012. There was no meaning attached to that other than the calendar would presumably begin again.”

For most who study Mayan culture, the date means nothing more than that. Indeed, this date marks the end of the Mayan long count calendar – a two hundred year calendar. It could just be the turning over of the calendar, but speculation has risen that includes that this marks the end to civilization as we know it, with some saying a consciousness shift will bring a new era of peace.

History is filled with prophecies about the end of days. Do you feel any past prophecies succeeded in heralding a major shift in humanity?

Dr. Anthony Aveni’s books Empires of Time: Calendars, Clocks and Cultures and Behind The Crystal Ball: Magic, Science, and the Occult from Antiquity Through the New Age (both published by University of Colorado Press)

Share on Tumblr
Category: Events That Do Not Fit Specific Categories
2012 , Mayan Calendar